Sitting in the hairdressers the other evening I was reminded that people tell hairdressers things that they'd never tell a market researcher.  My hairdresser confirmed that his long-term clients tend to be more racist/ sexist/ homophobic/ politically extreme in his chair than is socially acceptable - it's a 'safe space' where they say what they are really … END_OF_DOCUMENT_TOKEN_TO_BE_REPLACED 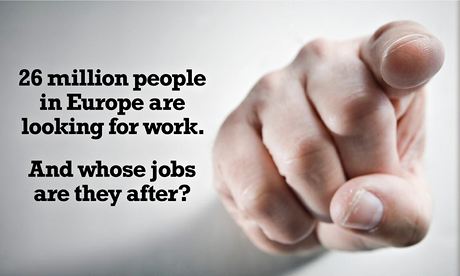 There’s been a bit of a hoo-ha in the press today about UKIP’s new outdoor campaign, some executions of which, it’s been suggested, could be interpreted as racist. Rather than paid for by UKIP itself, the media and creative has been funded by Yorkshire entrepreneur and long-term Euro-sceptic Paul Sykes. But is the campaign racist? … END_OF_DOCUMENT_TOKEN_TO_BE_REPLACED