I’ll have been an Account Planner for 15 years this Summer. Although it’s not up there with the longevity of some planners in London and perhaps Manchester, certainly in my neck of the woods I think I’m now scarily one of the most experienced (at least in years) Planners on the circuit.

So much has changed in that time.

I used to speak to clients on the phone so much more. It wasn’t weird/rude/annoying to call your client up with a quick query or to set up a meeting. The majority of clients I deal with don’t even answer their desk phones when you do try and call now as they prefer to manage their working lives via their inbox. Writing rather than talking inevitably affects the client/agency relationship and power balance – there’s a great example between Apple and their agency TBWA here.

Data is now so easy to get hold of. TGI and Touchpoints come courtesy of your favourite media agency and you can get blumin Mintel reports from the library. The internet is a massive pool of social media stats, Grocer reports and press cuttings and small scale quant research has never been so fast or so affordable.

But I think we’ve created a rod for our own backs, however great the proposition or Big Idea these days if your deck doesn’t include hard facts and a ton of qual you usually won’t get far. Clients seemed much happier a decade ago then to accept insight based on gut instinct and a few nuggets of information. Which meant we could move much faster. 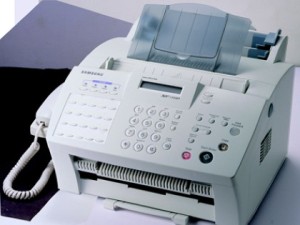 ‘Digital’ used to mean ‘get a digital agency to build a five page website for the brand’. Now of course the above/below/digital lines have all but merged and it’s all about consistency across brand touchpoints. Somewhat confusingly it’s also about using different media channels to reach different audiences in different ways, but hey ho.

Finally, I used to wear trouser suits to meetings. If I wore one today someone would ask if I was going to a funeral. To be fair power dressing was on the way out even then, I turned up to my first meeting with one of the Virgin group companies in about 2000 wearing a suit, got sniggered at by the client and went out the next day and bought several pairs of smart jeans specifically to wear to future Virgin meetings. The problem only came when we got called across London on very short notice to meet the Chief Exec of a very traditional FMCG Client and I was wearing my Meeting Jeans. I had to hide behind the walnut meeting room table and make sure I didn’t stand up…