I’ve encountered a few people recently for whom Confidence is so much not a problem…that it actually is. 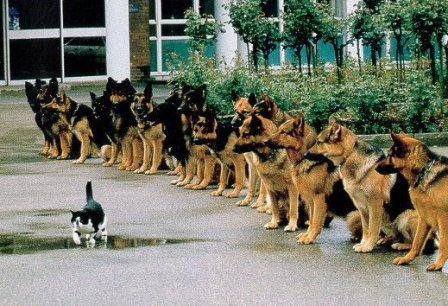 I think overconfidence is a trait we don’t consider enough.  Because it can lead to all kinds of problems.  It’s the ‘how hard can it be?’ attitude that leads people to have accidents.  Or just embarrass themselves.  You only have to watch ten minutes of The Apprentice to see just what a pickle overconfidence can get you into.

Brands can be just as guilty.  Like Moleskine, who couldn’t understand why the design community wouldn’t want to participate in a spec design competition.  Or Nestle.  Or Quantas.  These are all Social Media Epic Fails, caused partly, I suspect, by a ‘how hard can it be?’ approach to social engagement.

But the consumers/public/users/rest-of-the-world have got rather confident too.  After all, you can become a writer by setting up a blog, a designer with your own copy of photoshop and a lobbyist with facebook and an online petition.  Thanks to social media you can contact brands or business to publically thank, criticise or humiliate them – and expect a response.  Everyone’s a writer, broadcaster, journalist and consumer rights campaigner now.

It’s just that as I said earlier, some people are so confident in their limited abilities that they’re a blumin liability to themselves and others.  But how can brands tell incompetents to push off?

It’s tricky.  In becoming more communicative Pandora’s Box may have been opened on both sides.

One thought on “considering overconfidence”