Just a reminder (since its nearly payday) to get your tickets for InterestingNorth. They’ve just released some half price student tickets which are going fast.

Sheffield is really quite handily located – less than two hours drive from Manchester, Liverpool, Leeds, Nottingham and Birmingham and you can currently get a return train ticket from That There London for under thirty quid. 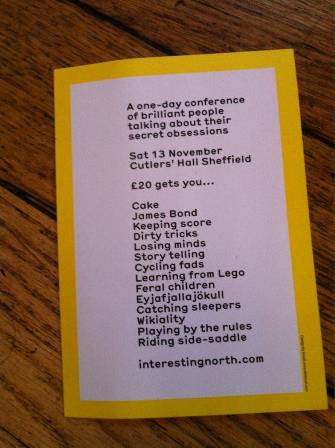