Via trendwatching’s February briefing comes ‘functionall’ – ‘the phenomenon of simple, small and/or cheap products and services designed for low(er)-income consumers in emerging markets, with cross-over appeal to consumers in mature consumer societies’.

Trendwatching recon that goods and services especially designed for emerging markets often incorporate one or more of the following characteristics:

– Smaller and/or limited number of features, to keep prices low.
– Simpler, or easier to use, for inexperienced consumers.
– Energy efficient (or not using any traditional energies at all) and/or easy to repair and/or waste-reducing.
– Robust, as some of them are used in rugged conditions.
– Well-designed (the democratization of design is a global phenomenon).
– Aimed at helping owners to generate income, or allow users to create self-sustaining systems

Which explains why I bought my technophobe dad a Nokia 1101. 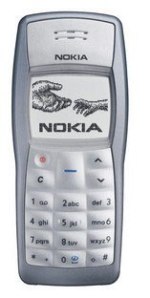 Its really simply to use (he’s had a mobile for ten years but has yet to master text messaging), with as few features as possible and large-ish buttons.  A bit of googling reveals that the phone was actually designed for the Indian market (see!) and it doubles up as a torch (handy for a place where power cuts are common, even in the cities).

I’m not alone in my appreciation of back-to-basics mobiles, Tom Cable from retrobrick.com says that interest in original retro mobiles is growing, partly because “young people want an old-style phone for a grandparent because they have bigger buttons.”

So there you have it, if you need technology for a technophobe, look at what manufacturers are producing for emerging markets.

update, 07/06/10 – new mobile phone designed for older users launched with massive buttons and a ringtone as loud as a pneumatic drill…

4 thoughts on “back to basics on the phone front”