One thing that has annoyed me about every single agency I’ve worked for is that the office has looked like a cross between a teenager’s bedroom and an explosion in a paper factory.

No matter how smart or scruffy the actual building and furnishings were, it was still a bombsite.  I’ve been to lots of my colleague’s homes and they don’t exactly live in pigsties, so why do so many agency types take no pride in their workplace?

We probably spend more of our waking hours in the office than in our own homes in an average week and yet many of us chose to squat in squalor 9-5.  It’s just depressing – and it doesn’t say much to clients about how much pride we take in our work.  Perhaps it’s supposed to be a sign of the crazy, funky, innovative, creative environment, or maybe it’s that no-one can be arsed to tidy up. 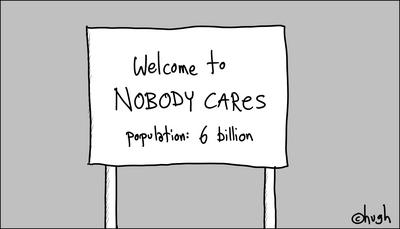 I think the rot must have set in around the time that desktop computers and photocopiers arrived.  It was suddenly easy to generate huge quantities of paper and at the same time dispensed with the need for so many secretaries, who practically had ‘tidy and organised’ in their job descriptions.

Add to that the move to open plan offices with minimal storage facilities and I suppose being buried under three year old research reports and foam boards of pitches lost long ago was inevitable.

My current agency is very keen on moving desks a lot as departments expand and contract, which should have kept the mess down as everyone was forced to have a clearout each time they moved.  In reality, it just created the Cupboards That Time Forgot, full of important looking stuff that no-one will claim responsibility for.

I know there is a school of thought that messy = busy = good.  In these sober times, perhaps it really is all about appearances.

3 thoughts on “creative environment or can’t be arsed?”